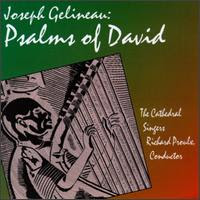 This particular recording, Psalms of David, is performed by the Cathedral Singers of Chicago, conducted by Richard Proulx. Gelineau psalmody is by now familiar to two generations of Catholics, but not to protestants and Orthodox Christians. It deserves to be better known amongst all the followers of Christ.
Posted by David Koyzis at 06:06 1 comment:

I have recently updated my Genevan Psalter website by adding to the links page a section titled The Psalms on Youtube. These performances come from the Netherlands and Hungary, where the Psalms have been sung for centuries by Reformed Christians. Having listened to them, I much prefer the Hungarian to the Dutch treatments, but you may judge for yourself. Here are two samples below, the first of which is performed by Vox Humana Choir of Vác under the direction of József Maklári. The arrangements are those of Zoltán Kodály. The first is Psalm 114 and the second 121.

Posted by David Koyzis at 06:09 No comments: