Posted by David Koyzis at 09:09 No comments: 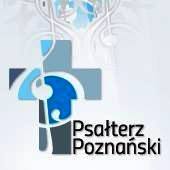 Our friends in Poznań, Poland, have posted another performance of Genevan Psalm 16 in their own language: Psalm 16: Chrystus zmartwychwstał! Here is Google's translation of the text below the title:

Psalm 16 appears in the book of Acts (Acts 2: 22-32) as a prophetic announcement of the Resurrection:

"Men of Israel! Listen to these words: Jesus of Nazareth, the man whom God has authenticated among you by extraordinary deeds, miracles and signs that God worked among you through him, as you know it, when, according to the divine decree and plan, he was handed over to you they crucified the wicked and killed them; but God raised him up, loosing the bonds of death, for it was impossible for him to be defeated by death. For David says of him: I had the Lord always before my eyes, for he is at my right hand, lest I stumble. Therefore my heart rejoiced, and my tongue rejoiced, and also my body will rest in hope, for you will not leave my soul in the abyss, and you will not allow your saint to see corruption. (You made me know the ways of life, You will fill me with bliss through Your presence. My brothers and sisters, I am permitted to speak to you openly, Patriarch David, that he died and was buried, and his tomb is with us to this day. that God had promised him by an oath that his fleshly offspring would sit on his throne, he said, having foreseen this, of Christ's resurrection, that he would not remain in the abyss, nor would his body see corruption.

Below the audio file we see links to the Polish-language text and to the music, along with different versions of guitar chords for each.

This past weekend I was surprised to see a package from Amazon outside our front door. I opened it and was delighted to see a gift from one of my closest friends: a small volume titled simply The Psalms, published by Crossway in Wheaton, Illinois, USA, and containing the English Standard Version of the biblical Psalter. Its cover is cloth over board. The pages are thicker than the india paper typically used in volumes of the full Bible, and the font is larger too, making for easy reading, especially for older people. It comes in a board case, as seen in the photographs below: 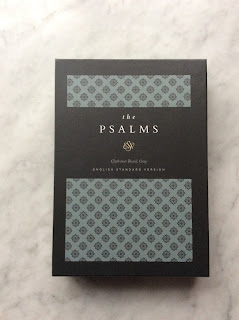 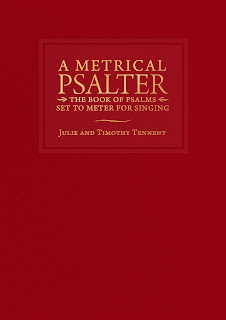 While the singing of metrical Psalms is often associated with the Reformed tradition, Christians in other traditions are making an effort to recover psalm-singing in their own churches. One such effort is the Seedbed Psalter, which comes out of the Wesleyan/Methodist tradition. Julie Tennent and her husband Timothy are the principal compilers of this collection. Julie is an organist, pianist, and composer. Timothy is president of Asbury Theological Seminary, the largest North American seminary standing in the Wesleyan tradition. Julie has done the bulk of the work connected with the Seedbed Psalter.

The genius of the Seedbed Psalter is that, while it does come in a hard copy volume (shown at right), it is largely an online resource enabling the user to choose amongst a variety of texts and settings covering all 150 Psalms. Right on the front page we read the following:

My Rock and my salvation, 2: Coverdale and the Vulgate

The Vulgate appears to follow the LXX's skittishness in referring to God as Rock, but Augustine insists that Jerome translated his Latin Old Testament directly from the Hebrew. Nevertheless, Jerome's initial translation of the Psalms was from the LXX. Could there have been a Hebrew version of the Psalms now lost to us that formed the basis of both LXX and Vulgate versions? Might this Hebrew version have already shunned the rock metaphor? I won't venture a guess, as I am not especially competent to do so. But I will point out that my personal copy of the Latin Vulgate Bible has two columns for the Psalms: one for the traditional Clementine Vulgate and the other for a newer Latin translation authorized by Pope Pius XII in 1945, the latter of which recovers the rock metaphors for God. Oddly enough, Coverdale's translation does assert that "the Lord is my stony rock" in Psalm 18:1, but that is the single exception.

My Rock and my salvation: the Septuagint's skittishness 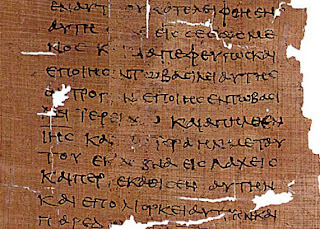 One of the peculiar features of the Greek Septuagint version of the Old Testament (LXX) is the translators' reluctance to use the metaphor of rock to refer to God. There appears to be no scholarly consensus as to why this is, although there are plausible explanations. Perhaps the Alexandrian Jews had ceased to use these metaphors as they read aloud the text, much as post-exilic Jews were substituting Adonai (LORD) whenever they saw the divine name for God, YHWH. Living amongst pagans, Alexandrian Jews might have been especially sensitive about language used for God so as not inadvertently to tempt their neighbours into idolatry. When I mentioned this peculiarity of the LXX to my late father, who grew up speaking Greek in Cyprus and had studied Koine Greek, without missing a beat he responded that this was because the idols of the pagans were made of stone, which made the rock metaphor off limits to believers. I cannot, of course, judge the validity of his claim, but I assume this reflects teaching in the Orthodox Church in which he grew up.
Read more »
Posted by David Koyzis at 14:55 1 comment: 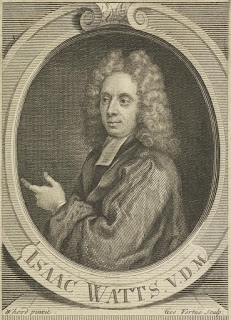 One of the difficulties of metrical psalmody is that, as the text becomes more literal, its expression becomes less straightforward and downright awkward. Sternhold & Hopkins, Tate & Brady, and the 1650 Scottish Psalter are examples of this phenomenon. The irony is that this apparent literal rendering sacrifices not only art but also comprehensibility, the latter of which, of course, is the whole point of a good translation. This explains why Isaac Watts' psalm paraphrases became so popular in their day. People in the pews were happy finally to sing something they could understand.

However, Watts was notorious for importing into his paraphrases things absent from the original texts. For the most part this consisted of his explicit mention of Jesus Christ as the fulfilment of the messianic Psalms. The most famous example of this is probably his paraphrase of Psalm 72: Jesus Shall Reign, Where'r the Sun. But a member of the Lovers of Metrical Psalmody Facebook group alerted us to another quirky paraphrase that brings out, not a messianic emphasis, but a nationalist one! Here is Watts' version of Psalm 67:

New Psalter: Psalms for the Church 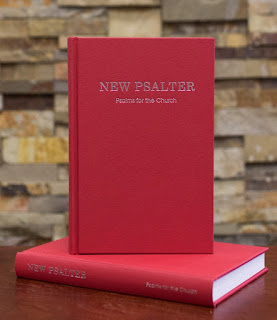 After a dearth of psalm-singing in Protestant churches for some two centuries, more denominations than ever are producing sung psalters for their congregations. However, it is unusual for a single congregation to produce a complete metrical psalter for its members. One of these is Cantus Christi 2020, which I reviewed last year, the work of Christ Church, Moscow, Idaho. The most recent is New Psalter: Psalms for the Church, compiled by Grace Music, the music ministry of Grace Immanuel Bible Church in Jupiter, Florida, USA. I am unable to find membership statistics, but, judging from the number of staff the church employs and its ability to create its own sung psalter, I assume it is a fairly large congregation. Furthermore, few churches would be able to support a rhythm band, an orchestra, three voice choirs, and a handbell choir. The congregation is nearly a century old and started out as a Methodist church, although it is now an independent congregation.

Seeing Christ in the Shape of the Psalms

The Gospel Coalition has just published this article by an Irish biblical scholar named Davy Ellison: Seeing Christ in the Shape of the Psalms. Here are the opening paragraphs:

Luke 24 arguably contains the greatest Bible study ever. Jesus explains how the prophets spoke of him and how everything written about him in the Law of Moses, the Prophets, and the Psalms must be fulfilled (Luke 24:25–27, 44). (“Psalms” here most likely refers to Scripture’s poetry and wisdom literature). Nevertheless, the point is clear throughout Luke 24—in Jesus’s mind, the 150-part Psalter clearly testifies to him.

But we can be more specific about the Psalter. There is a growing consensus in Psalms scholarship that the Psalter has an intentional shape—that editors and compilers arranged the individual psalms in the order we have them for a particular purpose.

I want to give a glimpse of the Psalter’s five books, and in doing so show how the overall shape encourages its readers to hope for a new Davidic king. In doing so, it does exactly what Jesus says it did—it preaches him.

Posted by David Koyzis at 16:53 No comments:

The decline of psalm-singing: the rosary, revisited 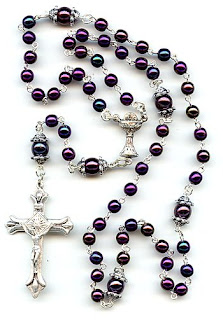 Ten years ago I published a post about how the rise of the rosary in the western church paralleled a decline in praying through the biblical Psalter: The decline of psalm-singing: the rosary. Here is more on the subject: Rosary since Vatican II. One would have thought that the Second Vatican Council might undertake to recover the discipline of praying through the Psalms in preference to the endless repetitions of the rosary that were developed as a substitute to accommodate the illiterate. Assuming the accuracy of this article, the Council appears largely to have ignored the rosary, which is unknown in the eastern churches and developed quite late in the west.

What does the Bible have to say? Well, obviously it makes no mention of a rosary, but it does contain the 150 Psalms, which constitute the prayer book of God's people. I strongly believe that the Psalms, along with other biblical canticles from both Old and New Testaments, must take precedence over other post-biblical hymns in our liturgies, as well as in our daily personal prayers.

Posted by David Koyzis at 09:54 No comments: