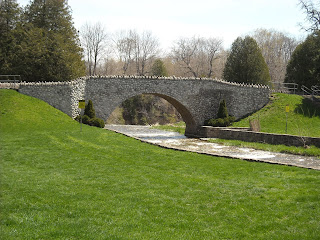 The origins of this project extend back to the 1980s when I began to set a few of the biblical Psalms to verse. Psalm 137 may have been the first, although a very loose paraphrase of Psalm 25 either preceded or came shortly thereafter. In 1985 I came into contact with the tunes of the Genevan Psalter and was utterly captivated by this 16th-century psalter. For the next nearly thirty years I undertook to come up with fresh English-language texts to which these tunes could be sung. Shortly before the turn of the millennium, I began arranging these tunes to accompany the new texts, a sample of which is posted on another page.

In late summer of 2013 I began a new metrical psalter project prompted primarily by a bout with depression and secondarily by a desire to enter the annual psalm contest sponsored by a church in the United States. This quickly took off and, over the following year, I managed to produce more than sixty metrical psalms set to fresh tunes. For all their beauty and sturdy durability, the Genevan Psalms were originally written for the French language, and the drawbacks quickly become evident in trying to fit the tunes to English texts. In 2012 I attempted a revision of my Psalm 29 text from some years earlier, trying mightily to capture the seven occurrences of qol Adonai, the “voice of the LORD,” in English, which had not appeared consistently in my earlier versification of the text. Later that year I undertook a fresh versification using a different metre entirely. The expression, “the voice of the LORD,” suggests a more dactylic metrical structure, which I used for the tune I came up with for my new text.

These then are the principles underpinning this new project:

This is, of course, an ongoing project which could follow one of a number of possible paths over the next few years. At this point, as mentioned above, I plan to write a book about my personal pilgrimage through the Psalms, but I may find a way to publish separately a collection of my sung psalmody as well.

I have posted eleven Psalms in this series below.

O LORD, our Lord, how excellent
your name in all the world!
Your glory far exceeds the heavenly
firmament unfurled.
Out of the mouths of babes in arms
you summon forth your strength
to silence enemies and those
who vengeance seek at length.

When I have gazed into the skies
and see what you have made,
the moon and stars you've put in place
whose light can never fade,
then what is man, this creature frail,
that you a thought should spare,
this son of man, your handiwork,
that he should claim your care?

Yet you have placed him just beneath
angelic hosts on high,
and crowned him with your glory great
and honoured him thereby.
Dominion you have granted over
everything you've made,
the whole creation far and wide
beneath his feet you've laid:

all sheep and cattle, every beast
that grazes in the field,
the birds that soar through lofty skies,
the fish that oceans yield,
whatever swims beneath the sea
and finds therein its worth.
O LORD, our Lord, how excellent
your name in all the earth!

A faithful shepherd is the LORD;
I shall not be in need.
In pastures green he lets me lie,
by quiet streams will lead.
My weary soul does he restore;
and in his righteous ways
he gives me guidance for the sake
of his name all my days.

Though I may walk amid the threat
of death’s impending doom,
no fear shall overtake my days,
nor dread of dark’ning gloom.
For you are ever near at hand,
your presence close to me.
Your guiding rod and saving staff
are there to comfort me.

A table you have set for me
before my every foe,
your precious oil anoints my head;
my cup shall overflow.
Your goodness and your mercy shall
pursue me all my days;
and in the dwelling of the LORD
I’ll live with him always.

Peoples, clap your hands together;
shout to God with songs of joy!
For the LORD Most High is awesome,
great king over all the earth.
He subdued the pagan peoples,
put them underneath our feet,
gave their land to us as promised,
Jacob's pride bestowed in love.

God goes up as shouts of triumph
follow him in his ascent,
With the sound of blasting trumpet,
see the LORD ascend on high.
Sing your praise to God, sing praises;
praises sing to God our King.
For of earth our God is Ruler;
sing to him a psalm of praise.

God reigns over every nation;
God is seated on his throne.
All the princes of the peoples
gather in his presence now
as the people who inherit
what God promised Abraham.
For the shields of earth are God's, who
is exalted and most high.

Be merciful to me, O God;
your tender grace do now impart.
O cleanse me from my wickedness
and purify my sinful heart.
Too well I know my many faults;
they weigh upon me constantly.
Against you only have I sinned,
offending you most grievously.

You justly pass your sentence down;
your blameless judgement I assume.
You know that I was guilty born,
a sinner from my mother’s womb.
Yet you have probed my deepest self
and wisdom given me to know.
With hyssop wash away my sins,
and make me spotless as the snow.

Now let me taste of joy again;
my weary bones exult once more!
O turn your face from these misdeeds
and my iniquities ignore.
Create in me a worthy heart;
a steadfast spirit in me hide,
and cast me not away from you,
nor take your Spirit from my side.

O Saviour, be my joyful help;
sustain me as you ever do.
Your statutes I will teach to all,
and sinners shall return to you.
Deliver me from death, O God,
and I will sing your righteous ways.
O Lord, do open up my lips,
and I will tell your glorious praise.

For you have shown no pleasure, Lord,
in empty sacrificial rite;
the offering that you ask is this:
a spirit broken and contrite.
Show favour to your chosen ones;
rebuild the city where you live,
that we may sacrifice again
and to you proper offerings give.

Come, sing our praises to the LORD,
the Rock of our salvation;
into his presence let us come
with songs of jubilation.
O let us make a joyful sound,
our happy voices raising;
for God is King above all gods
and worthy of our praising.

For in his hands he holds the earth
and all the depths thereunder;
to him belong the mountain peaks
in all their regal splendour.
His also is the restless sea,
the work of his creation;
his hands have formed the continents
and fixed their habitation.

Come, let us chant our Maker’s praise
and bow before the Father;
for he is ours and we are his,
the flock that he would gather.
If only you would hear his voice,
accepting his correction!
Incline your ear to what he says
and he will give direction:

“O harden not your hearts today
as in the provocation,
that day when, in the wilderness,
you proved a sore temptation.
“For then your fathers tested me,
my faithfulness disdaining;
though they had seen my many works,
they never ceased complaining.

“For forty years I dealt with them,
their stubborn ways detesting;
and so I swore that none of them
would find a place for resting.”
Come, sing our praises to the LORD,
the Rock of our salvation;
into his presence let us come
with songs of jubilation.

Sing to the LORD a song of praise,
a new song to his name;
for all the works of his right hand,
all earth, chant forth his fame.
The power to save is his alone
and evermore shall be;
his faithfulness shall yet endure
to set his people free.

The distant corners of the world
have felt his mighty hand;
lift happy voices to the LORD
and praise him, every land.
O harp and lute, come celebrate
the greatness of your King;
let horn and trumpet cry aloud
and golden cymbal ring.

Let oceans thunder forth his praise
and all who dwell on earth;
let all the rivers clap their hands
and mountains shout with mirth.
The LORD shall make his presence known
and justice shall decree;
on every nation far and wide
his righteousness shall be.

Out of the depths of hopelessness
I raise my plaintive cry;
give ear to my lamenting voice
and heed my restless sigh.
O LORD, attend me graciously;
with anxious heart I call.
My plea for mercy hear today
lest I should blindly fall.

O LORD, if you should keep a count
of all our sins at hand;
were you to charge our faults to us,
LORD, which of us could stand?
But you, O LORD, are merciful,
forgiving in your love;
therefore we praise your wondrous grace
and all the works thereof.

I wait with reverent thankfulness
upon the living LORD;
to him my soul looks eagerly,
relying on his word.
Upon the LORD my soul depends
more than the watch at night
looks forward at the break of day
to greet the morning light.

More than the watchman seeks the dawn,
let Israel seek the LORD
and know that to his people
all his mercies are restored.
For in the LORD we look to find
salvation rich and free;
may he redeem his chosen ones
from all iniquity.

Beside the streams of Babylon
we sat us down to weep,
for memories of Zion came
to haunt our restless sleep.
We hung our harps upon the trees
that grow along the shore;
our song is stilled; our silent voices
shall be heard no more.

Our captors, with their taunting words,
have pled with us in vain:
“We wish to hear of Zion;
sing to us her sweet refrain!”
But how? how can we sing to them
an anthem of our LORD,
as exiles in a foreign land
amongst a pagan horde?

The vision of Jerusalem
shall never leave my heart,
or else the skill within my hand
might just as soon depart;
my tongue would fasten to my mouth
and never more employ,
if e’er the gates of Zion cease
to be my highest joy.

Remember, LORD, what Edom did
when Salem was laid waste,
how when its conquerors attacked,
he bid them to make haste.
O progeny of Babylon,
how happy shall he be
who does to you what you have done
to cause such misery.

I really enjoyed listening to these - some great melodies and text. Thank you.