Psalms and Proverbs: why? 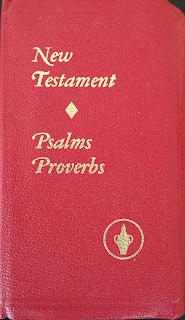 For many years now publishers have marketed New Testaments as independent volumes, often with the Psalms appended. There is evidently demand for such books, as they are considerably smaller in size than a complete Bible and thus more portable. The drawback is that, because the Scriptures tell the story of our redemption in Jesus Christ, we are getting only the final chapters of a much longer narrative. Owners of a New Testament are assumed already to know the earlier story and can thus make sense of a volume beginning with the coming of Christ into the world.

The addition of the Psalms to such a volume makes liturgical sense, especially when seen against the backdrop of the traditional one-year lectionaries used for centuries in both western and eastern churches. A look at the Book of Common Prayer's lectionary reveals the generous use of epistle and gospel readings for every sunday of the ecclesiastical year and, of course, the complete Psalter of Miles Coverdale, but very little from the Old Testament. One-year lectionaries have been used by Roman Catholics, Anglicans, Lutherans, and Orthodox churches, with preaching typically based on the gospel lesson for the day. Hence the publication of New Testaments with the Psalms fits into a traditional liturgical pattern familiar to most Christians.

I have placed a link in the right sidebar to the Comissão Brasileira de Salmodia (Brazilian Commission of Psalmody, or CBS). This is a translation of the introductory paragraph on the front page:

CBS is a committee made up of reformed and confessional members of Christ's Church. We believe that the psalms should be sung by God's people scattered over the face of the earth, and we intend to contribute to their use among Portuguese-speaking Christians.

Judging from the list of Psalms, two things are apparent. First, not all the Psalms have yet been completed, and, second, there is more than one version of some of the Psalms. I will add a third to this: CBS's version of Genevan Psalm 150 appears to have borrowed my use of the double Alleluias for the two eight-syllable lines in each of the two stanzas.

The secret weapon of the Reformation

In the run-up to Reformation Day, Johan van Veen posted this article in Dutch: Het geheime wapen van de Reformatie, or The secret weapon of the Reformation. This is adapted from the google translation into English:

For several months I have been immersed in a thorough book on The Reformation, written by the British historian Diarmaid MacCulloch. It's a thick book – more than 700 pages plus an extensive notes apparatus . . . . I recently came to a section in which he deals with the troubles of France in the last decades of the 16th century. He shows how "ordinary believers" – he calls them laymen – got moving. Writings such as the Bible and Calvin's Institutes played a role in this . . . but those books were thick and expensive and therefore not widely distributed. He therefore seeks the explanation elsewhere: the Psalter. He even calls the rhymed psalms the "secret weapon" of the Reformation, not only in France, but wherever the Reformed brought new vitality to the Protestant cause.

I have recently acquired a copy of this book, which I will be using in my prayers during November. Stay tuned for a review in December. 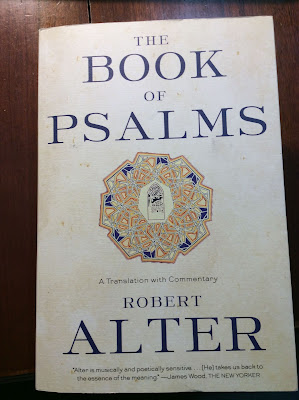 Five-hundred four years ago yesterday, Martin Luther nailed his ninety-five theses to the door of the Schlosskirche in Wittenberg, thus setting off the Reformation. Here is Martin Luther's free paraphrase of Psalm 46, Ein' Fest Burg, which we know in English as A Mighty Fortress:

Posted by David Koyzis at 08:42 No comments: