First, I have just posted a partial versification for Psalm 119, along with a new arrangement of its tune. Thus far I have done only verses 1-16 and 105-112, with more to come. Because this is, of course, by far the longest of the psalms, it will take some time to complete it in its entirety.

More than a year ago I heard a cantor and choir in a local Anglican church chant the gregorian tone for Psalm 119, and I was surprised at how similar it was to the opening sequence of the Genevan tune. I doubt this is mere coincidence.

Second, I have somewhat altered the formatting of the site as a whole.
Posted by David Koyzis at 09:48 No comments:

The psalms in Turkish

The Genevan Psalms in Turkish? What an astonishing thought! But they do exist. Here's the story: 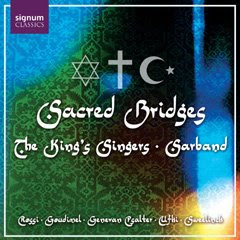 The versifier was one Wojciech Bobowski (1610-1675), a musically-gifted Polish-born Reformed Christian who was kidnapped at 18 by Tatars and sold as a slave to the Ottoman Sultan. He became translator, treasurer and court composer for the Sultan, (apparently) converting to Islam and changing his name to Ali Ufki. Among his many impressive achievements, he translated the Bible into Turkish and versified the first 14 Psalms in that language, enabling them to be sung to their proper Genevan melodies. This small collection was published in 1665.

If you know Dutch, you can read more in this fascinating article in Nederlands Dagblad: Calvijn in het Turks, the gist of which is summarized here in English: Genevan Tunes - ....Turkey.

Listen to Psalm 9, performed by The King's Singers and Sarband. Incredibly, though the Genevan tune is instantly recognizable, when Sarband kicks in, it sounds authentically Turkish! The recording is called Sacred Bridges: Christian, Jewish and Muslim Psalms and is available for purchase here. When and if I get hold of a copy, I'll review it here and add it to the discography section on the website.
Posted by David Koyzis at 20:29 No comments:

I have just posted on the links page Psalm 23 sung in Spanish. This is the first Genevan Psalm video I've found in that language.

Posted by David Koyzis at 14:07 No comments: