Here is Jamie Soles singing Psalm 91. Although the lyrics are from the Canadian Reformed Book of Praise and were meant to be sung to the proper Genevan melody, Soles has come up with his own tune:

Posted by David Koyzis at 10:03 No comments:

Psalms in the night 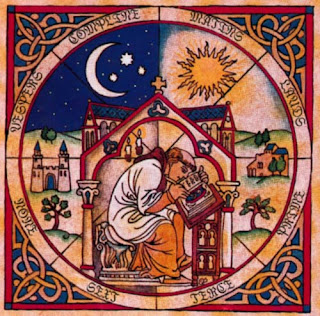 The BBC carries a fascinating article about a phenomenon that is little remembered today but was thoroughly familiar with our not so distant ancestors: The forgotten medieval habit of 'two sleeps', something about which I wrote nearly a decade ago: Rising at Midnight: Sleep Patterns and Daily Prayer. Prior to the invention of artificial lighting, human beings around the world slept in two shifts, once in the late evening, followed by a period of wakefulness, and then in the early morning. In the absence of the indoor lighting ubiquitous in our dwellings and late-night television, people generally retired early, woke up again around midnight for another period of activity, and then retired for another few hours, to wake again for the day. Not only is this testified to in the literature to which author Zaria Gorvett alludes, but it is found in the Bible as well:
Read more »
Posted by David Koyzis at 14:55 No comments:

Must be a Portuguese or Brazilian monk . . . 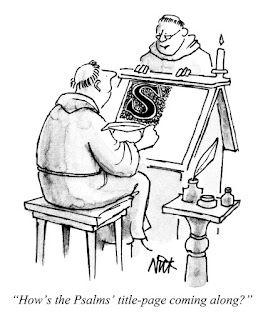 Posted by David Koyzis at 11:02 No comments:

Posted by David Koyzis at 12:56 No comments: