Praying All of the Psalms Over Russia

Like so many of us in recent weeks, John Stonestreet and Timothy D. Padgett, writing for Breakpoint, return to the imprecatory Psalms and find that they are still relevant today: Praying All of the Psalms Over Russia. An excerpt:

It is right at these times to want justice, and to want it now! It is right to weep at the horrors of human existence, as Billie Holiday did with her mournful song about lynchings in the Jim Crow South, “Strange Fruit.” Passages like Psalm 88 describe the struggle to find hope in God, and to lament the injustice in the world. Sometimes, the only possible moral response is to appeal for God’s judgment on evildoers. Anger is a proper response to real evil in this world, a world that was created good . . . .

Imprecatory psalms affirm our sense that there’s real wrong with the world, that we are right to be angry about it. They speak of the psalmist’s pain in their realness and rawness. They remind us that God is not afraid of our anger. In fact, He, too, is grieved and angry at evil borne of the sin we have committed against one another.

Posted by David Koyzis at 06:00 No comments:

This is not exactly a metrical psalm, but it does draw on selected verses from Psalm 119. We sang this hymn as children in our church and sunday school. Words and music were written in 1908 by Ernest Orlando Sellers (1869-1952): Thy Word Have I Hid in my Heart.

Posted by David Koyzis at 13:25 No comments: 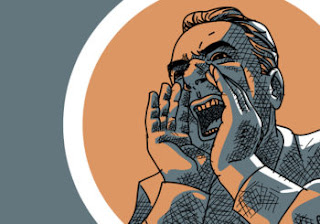 In the month since the Russo-Ukrainian War began, many of us are learning again what it means to pray the imprecatory Psalms, namely, those psalms that call down God's wrath against his enemies. I recently had a conversation with Trevor Laurence, for whose Cateclesia Forum I sometimes write, and he told me of his interest in these particular Psalms, which puzzle many Christians. Laurence offers us this reflection in the online journal, The Biblical Mind: How the ‘Angry Psalms’ Fit within the Story of God and His People. An excerpt:
Read more »
Posted by David Koyzis at 09:26 No comments:

Psalm 2: Why do the nations madly rage?

This was just posted yesterday by Ref-Grass Moments: Psalm 2: Why do the restless nations madly rage? The tune is the proper Genevan meloday for Psalm 2. The text is from the Canadian Reformed collection. The footage is from Port Dalhousie in St. Catharines, Ontario.

Posted by David Koyzis at 08:31 No comments:

A prayer for Russia and Ukraine 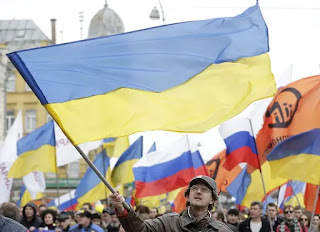 Almighty God and Father, you have created us in your image to live in peace with our fellow human beings. But we confess that we have so often failed to live in obedience to your will, to the detriment of our neighbours, both near and far. And now the world is seeing a brutal war of aggression launched by one state against another, with attacks made on civilians who are suffering greatly as a result. Thousands of refugees are fleeing their cities and pouring over the borders of neighbouring countries. We feel helpless to relieve their plight, but we are angry and thirst for justice.

We acknowledge, O Lord, that the people of Russia and Ukraine do not want this war, which has been foisted on them by a corrupt and tyrannical leader in Moscow. Many of your servants are making their voices heard at great risk to their lives and livelihoods. We pray, Lord, that you would encircle them with your protection: that you would cover them with your pinions, that under your wings they would find refuge (Psalm 91).

Chanting Psalms in the Dark

The Plough posted today an inspiring article, Chanting Psalms in the Dark, that you should take time to read in the midst of the turmoil of the past days. Susannah Black interviews Brittany Petruzzi about her project to chant through the Psalter and post it on her YouTube channel. An excerpt:

At the beginning of Covid, I just started thinking that I should do daily psalm-chanting.

Then in December 2020, I found out that I had a brain tumor; less than a week later I was in the hospital getting it removed. It was a seven-centimeter tumor right behind my forehead, squishing my brain back. Enormous amounts of pain. But it was on the meninges, on the outside of my brain. As my neurosurgeon described it, this is the kind of brain tumor you want, if you’re going to have a brain tumor.